I HEART Natasha and Jason!  Not only are they the cutest couple who work out together and have matching outfits and Chuck’s :), but they really put thought into their photo shoot making my job that much easier. Natasha searched for props and Jason even scouted out locations for me!  We lucked out on the weather this weekend, thank god, because we had a pretty ambitious day planned.

First, we started on Jason’s motorcycle by at his house, then we went to a nearby park with the coolest tunnel and walkways that felt like Central Park.  (YES, Jason bought that massive rose for Natasha, which we HAD to incorporate lol) and then we hustled over to Balboa Island to the “fun zone”.  We were racing the sunset at this point and I came up with the idea of going out on a boat, when Jason told me that he had proposed on a boat to Natasha in this same spot..(you THINK that he would have told me that!), so I was determined to get a boat for some pics.  Jason luckily had experience driving one of them! We then took the ferry back to our car and hustled again to get the last moments of sun on the beach in Corona Del Mar…Out of ALL of the gorgeous locations we chose, the best one by far was after the sun had set and we were driving back and passed the 76 Gas station in Corona Del Mar with the COOLEST sunset mural I have seen!  Not only did we have a full-on photo shoot there, but we inspired other random people who were pumping gas to copy us and start taking photos of their own lol!  Too funny!  That location is CLUTCH!  Don’t be offended if I bring other couples there in the future:)

Thank you guys again for inviting me to shoot your engagement photos! I can only imagine how fun your wedding day is going to be.  I am so looking forward to it, especially because it’s really hard to take a bad photo of you two:)  Here is a sneak peek from our crazy day! 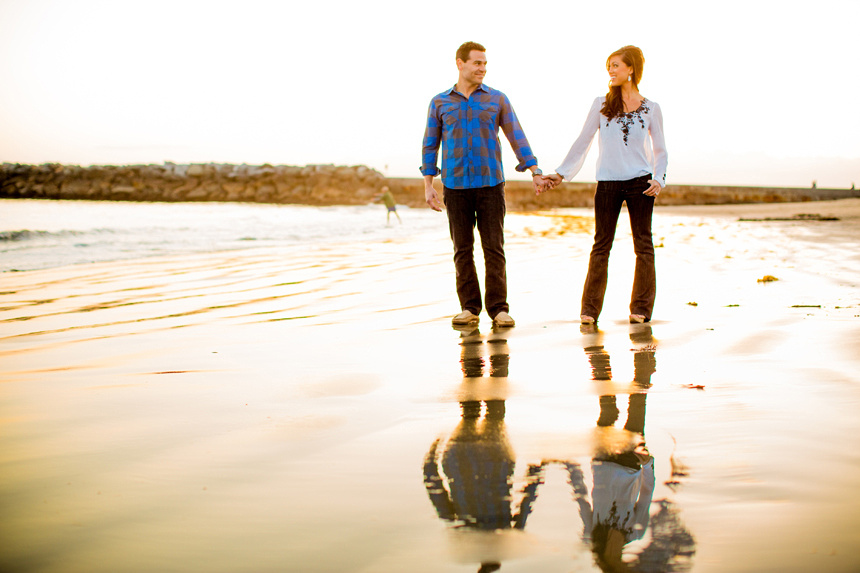 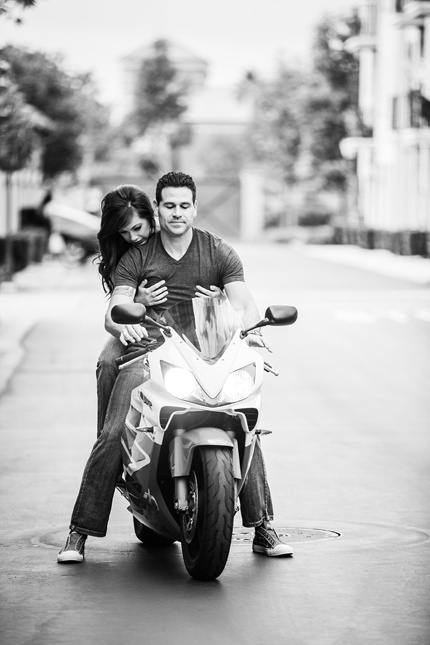 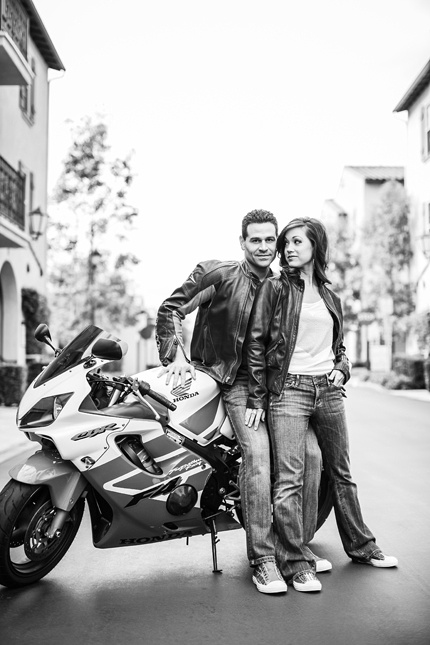 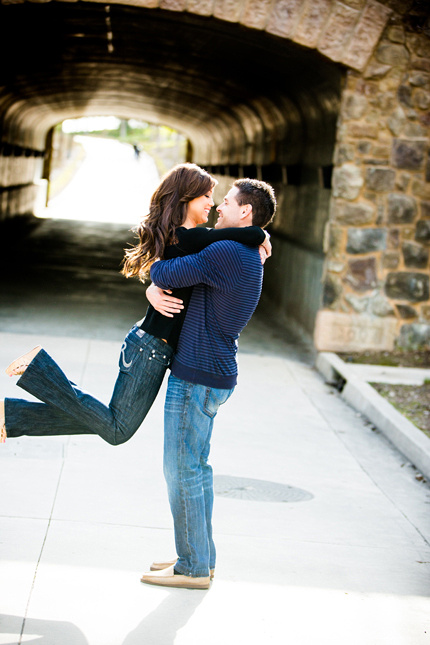 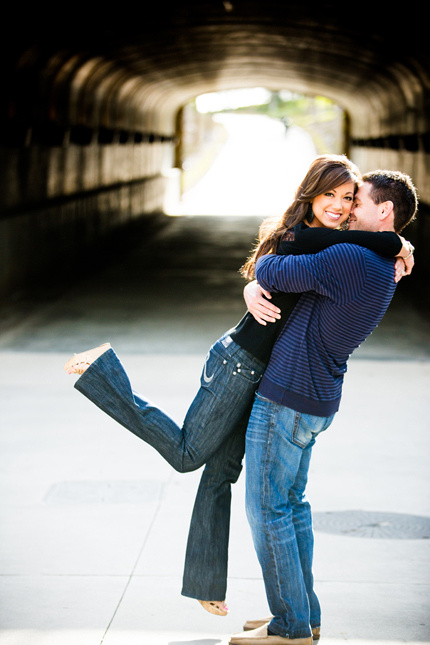 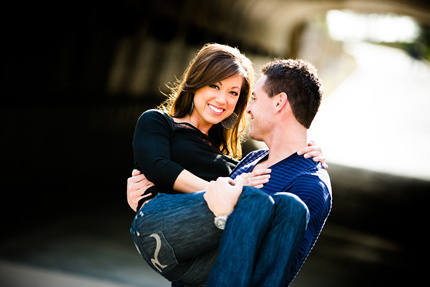 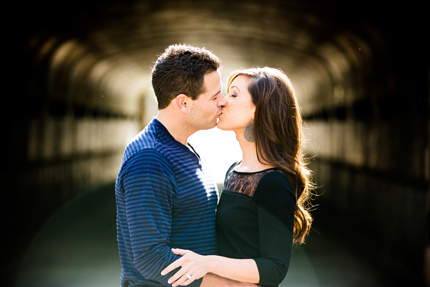 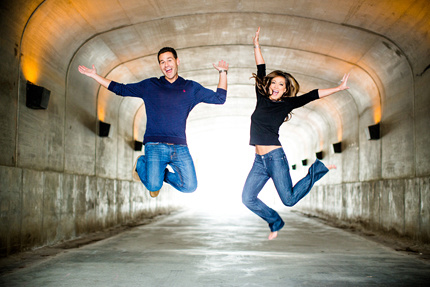 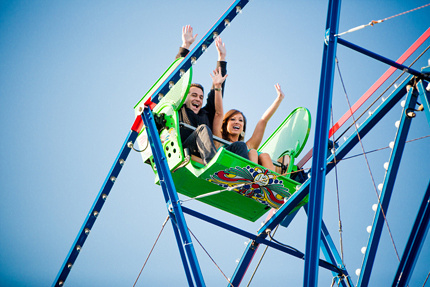 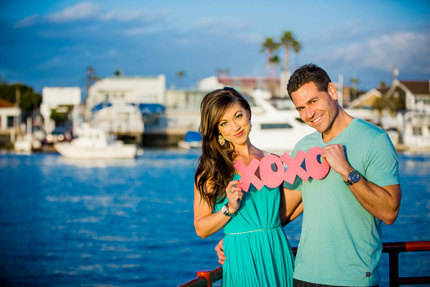 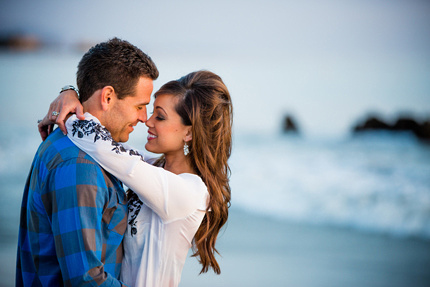 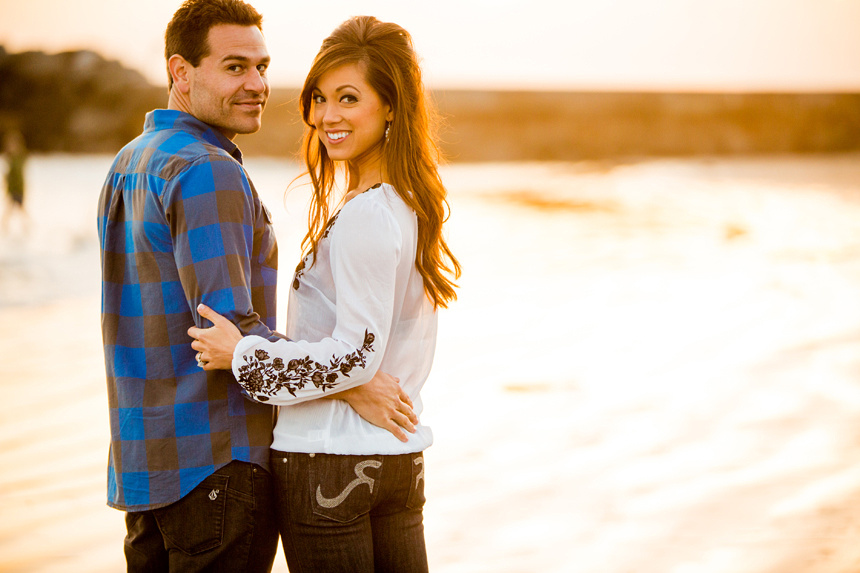 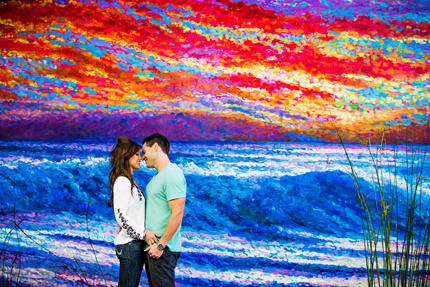 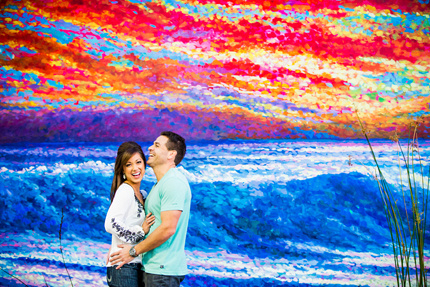